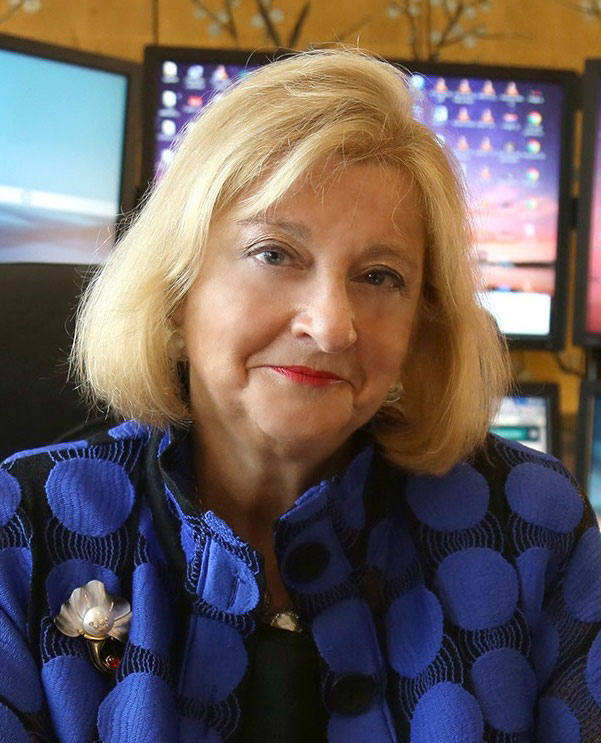 As President and CEO of Temin and Company – a boutique management consultancy that helps corporations and organizations create, enhance and save their reputations and coaches board directors and C-Suite executives – Davia Temin works with some of the most talented and impactful leaders in the world, helping them to refine and strengthen their vision, voice and market position in times of crisis and opportunity.

Temin and Company specializes in crisis, reputation, and culture management, and corporate governance for global companies, professional services firms, foundations, colleges and universities, and governments. Davia serves as a spokesman during crises, strategist, and leadership and communications coach at the board, CEO and executive committee levels.

Davia is a frequent speaker around the world on crisis, reputation, and culture management, leadership, corporate governance, women’s leadership, resilience and what boards and leaders need to know about media, social media and artificial intelligence. A nationally recognized writer, commentator and expert in her fields, she has appeared on CBS, CNN, NBC, Bloomberg, PBS, ABC, and in The Wall Street Journal, and numerous other publications and networks around the world.

Prior to founding the firm 22 years ago with the backing of GE, Davia headed Corporate Marketing for GE Capital, Schroders, Scudder, Citi Investment Bank and Columbia Business School. An Honors graduate of Swarthmore College, she serves on their Board. For nine years she served as First Vice Chair of the Board of Girl Scouts of the USA and Chair of their National Fund Development Committee – originating their $1 billion campaign for girls, the largest fundraising campaign for girls in the world. She is Chair the of Board of Video Volunteers, an India-based investigative media nonprofit, and sits on the Boards or Advisory Boards of ProPublica, The Knight-Bagehot Fellowship, Committee for Economic Development, Harvard Women’s Leadership Board, WomenCorporateDirectors (WCD), Girl Scouts of Greater New York, WCD New York Leadership Council, and Predmore Holdings. She is an NACD Board Leadership Fellow, a member of Columbia’s Women Creating Change Leadership Council, and also serves as an advisor to AI startups Chinook.ai and Springboard.ai.

In 2018, Davia was named an Enterprising Woman of the Year by Enterprising Women magazine. She was honored by the National Organization for Women, accepting their 2017 Woman of Power & Influence Award for forging new paths for the next generation of women leaders. She received the Lifetime Achievement Award by Trust Across America-Trust Around the World and was named a “Top Thought Leader in Trust.” She was awarded The Girl Scouts Pinnacle Award for Leadership in 2015 – their highest honor. In 2014, Davia was chosen as a Delegate by the U.S. State Department to the Global Entrepreneurship Program in Greece. She has also been honored as one of the “30 Outstanding Women” in the world by the National Council for Research on Women; and named by Girl Scouts as a Woman of Distinction. Profiled in many business and leadership books – most recently Broad Influence: How Women Are Changing the Way America Works and Stiletto Network – she writes the “Reputation Matters” column for Forbes.com, is a contributor to Huffington Post, American Banker, Directors & Boards, Corporate Board Member, and Chief Executive Magazine and has written chapters on “Rebuilding Trust in the Financial Markets” for the book Trust, Inc., and on crisis leadership for Women on Board – Insider Secrets to Getting on a Board and Succeeding as a Director.