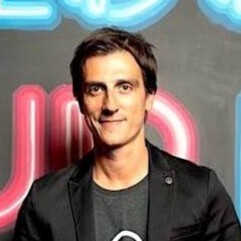 Julien Codorniou serves as the Vice President of Workplace from Facebook looking after the product’s business and partnerships teams. Under his leadership, Workplace serves more than three million paid users at companies including Walmart, Booking.com, Grab, Starbucks, Nestle, Chevron, Spotify, Save the Children and many more globally.

He joined Facebook in 2011 to manage the gaming team in EMEA and then led the global Platform Partnerships team, helping Facebook partners to build, grow and monetize their mobile apps. Julien started his career in finance and before Facebook he was Director of Business Development at Microsoft, where he created and launched the BizSpark program.

Since 2012, Julien has served on the board of the French media group Le Monde. He’s also the co-author of the book: “The Kelkoo.com success story”, published by Pearson in 2005. Julien holds a Master of Management from Skema Business School. He grew up in France, and now lives in London with his wife their two boys.