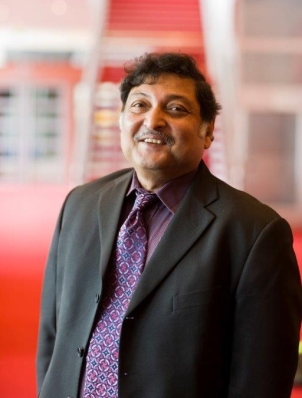 2013 TED Prize winner, Sugata Mitra, is at the forefront of a new approach to education which challenges how we teach today’s children in a technological age. He is Professor of Educational Technology at Newcastle University, UK and previously a Visiting Professor at MIT.

From his earliest experiments while working at NIIT in Delhi with the Hole in the Wall project, through to setting up SOLEs (self-organized learning environments), Sugata discovered that children’s innate sense of learning is magnified when they are given the freedom to explore the internet in small groups.

In 1999 Sugata and his colleagues at NIIT made a hole in a wall bordering an urban slum in Delhi, installed an internet-connected PC, and left to see what happened. Almost immediately, children from the slum began playing with the computer and in the process taught each other how to use it and get online. This experiment, which inspired the book ‘Slumdog Millionaire’ that went on to become the Oscar winning film of 2009, was replicated in other parts of India, both urban and rural, with similar results. It challenged some of the key assumptions of formal education, demonstrating that, even in the absence of any direct input from a teacher, an environment that stimulates curiosity could result in learning through self-instruction and peer-shared knowledge.
Sugata is currently working on the School in the Cloud, which is the culmination of over a decade of research and observations from all over the world. The School in the Cloud is learning at the edge of chaos – a community, place and experience to discover and explore children’s learning as a self-organizing system.