Click here to watch the video podcast of Thomas Capone with Elie Honig of CNN and talks about his book titled “Hatchet Man: How Bill Barr Broke the Prosecutor’s Code and Corrupted the Justice Department”

CNN Senior Legal Analyst Elie Honig exposes William Barr as the most corrupt attorney general in modern U.S. history, with stunning new scandals bubbling to the surface even after Barr’s departure from office.

In Hatchet Man, former federal prosecutor Elie Honig uncovers Barr’s unprecedented abuse of power as Attorney General and the lasting structural damage done to the Justice Department. Honig uses his own experience as a prosecutor at DOJ to show how, as America’s top law enforcement official, Barr repeatedly violated the Department’s written rules, and those vital, unwritten norms and principles that comprise the “prosecutor’s code.”

Barr was corrupt from the beginning. His first act as AG was to distort the findings of Special Counsel Robert Mueller, earning a public rebuke for his dishonesty from Mueller himself and, later, from a federal judge. Then, Barr tried to manipulate the law to squash a whistleblower’s complaint about Trump’s dealings with Ukraine—the report that eventually led to Trump’s first impeachment. Barr later intervened in an unprecedented manner to undermine his own DOJ prosecutors on the cases of Michael Flynn and Roger Stone, both political allies of the President. And then Barr fired the U.S. Attorney for the Southern District of New York under false pretenses. Finally, Barr amplified baseless theories about massive mail-in ballot fraud, pouring gasoline on the dumpster fire battle over the 2020 election results and contributing to the January 6 insurrection that led to Trump’s second impeachment. 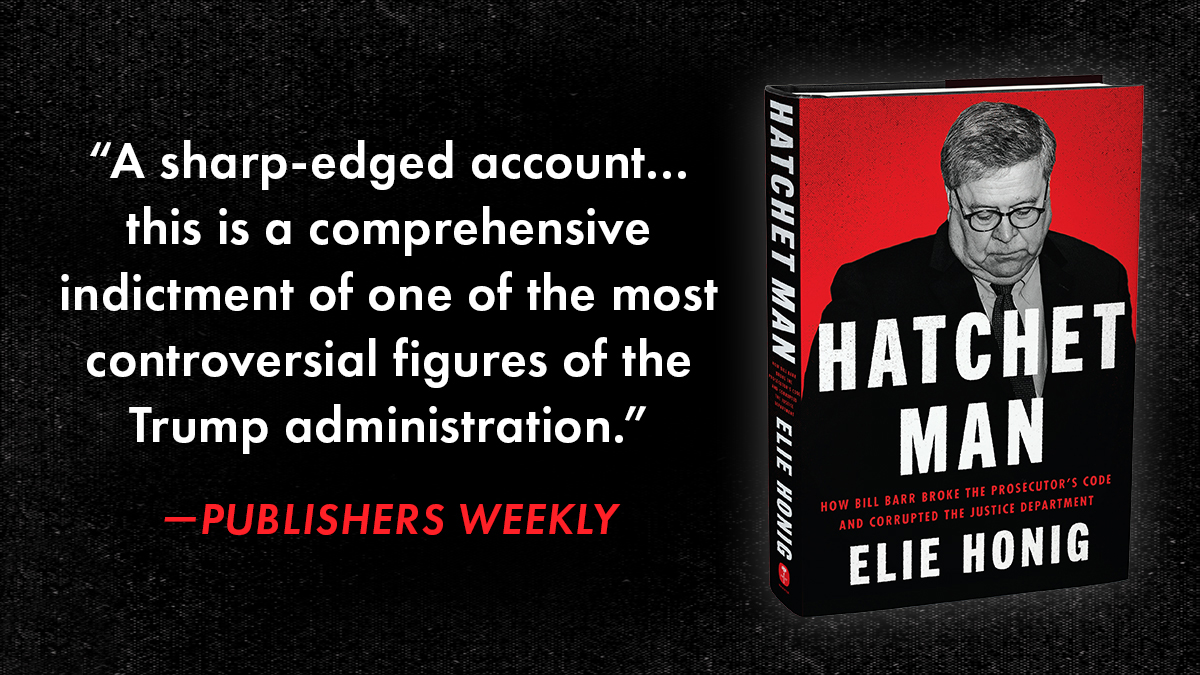 In Hatchet Man, Honig proves that Barr trampled the two core virtues that have long defined the department and its mission: credibility and independence – ultimately in service of his own deeply-rooted, extremist legal and personal beliefs. Honig shows how Barr corrupted the Justice Department and explains what we must do to prevent this from ever happening again. 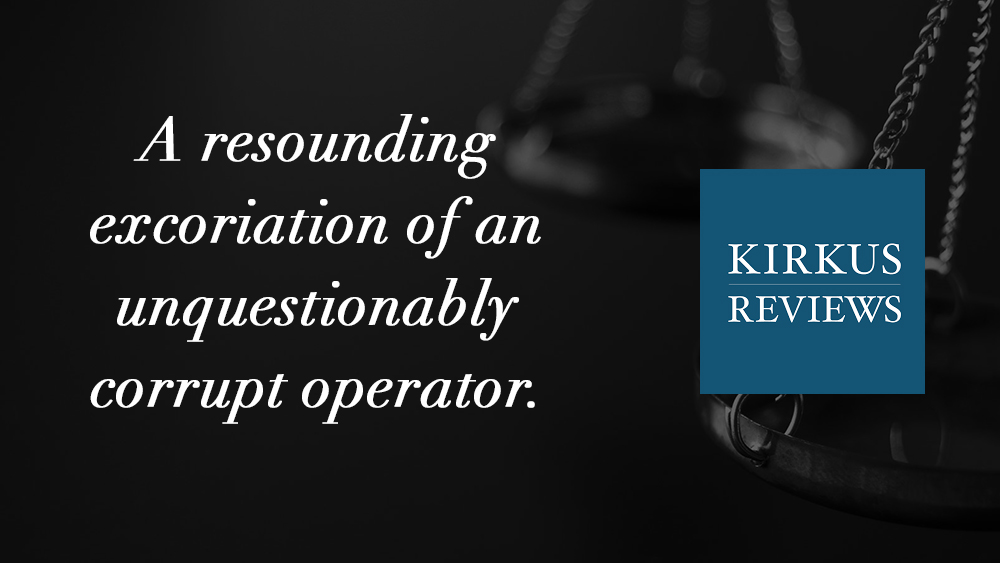 Elie Honig has written a speaking indictment of a book—laying out the detailed case against Donald Trump’s ‘hatchet man,’ former attorney general Bill Barr. Endlessly readable and entertaining, this compendium of cautionary tales minces no words. With a mixture of humor, analysis, and expert storytelling, Elie has written much more than a compelling takedown of an unfit attorney general; he also offers a blueprint for how impartial and apolitical justice should be administered in America.

Former U.S. Attorney for the Southern District of New York and author of the New York Times bestseller Doing Justice

With surgical precision, Elie Honig’s Hatchet Man masterfully, lucidly, accurately, and brutally fillets the record of former attorney general William Barr by dissecting the myriad ways Barr corrupted and politicized the Department of Justice. Honig ably draws on his own experiences as a prosecutor to illustrate the ideals of prosecutorial independence and the apolitical administration of justice, and to demonstrate how Barr repeatedly despoiled them. Honig’s book provides essential reading for all who cherish the rule of law in America.

Timely and engrossing, Hatchet Man uses Bill Barr as an example of how privilege and partisanship become corrupting influences at the highest level of power in America. With his trademark excellence and candor, Elie Honig lays out a startling and disturbing case, including the implications within the Department of Justice. I couldn’t put it down.

Emmy Award–winning journalist, author, and cohost of ABC’s The View

Elie Honig, like all the best prosecutors, is a master storyteller. In Hatchet Man, he helps us understand the tragedy of what former attorney general Bill Barr did to diminish the Department of Justice at the time when America needed her the most. This is an essential analysis for anyone committed to understanding the abuses of the Trump administration so we can ensure they never happen again.

Many will recall the various incidents described in Hatchet Man, but the way former prosecutor Elie Honig dissects William Barr’s words and choices results in a fresh, devastating, yet easily understandable case against the former attorney general.

Elie Honig delivers a devastating indictment of Bill Barr’s tenure as attorney general combined with fascinating vignettes from his own career as a prosecutor. Hatchet Man shows how Barr, with his lies and abuses of power, repeatedly violated the ‘prosecutor’s code.’ Anyone reading this book will be convinced that the former attorney general is guilty as charged.

Paid Members of NYDLA: Email the receipt from your book purchase to ElieHonig@NYDLA.org and we shall credit your NYDLA membership fee one month (a $25 value). Fill out this form to purchase the book from Amazon.