In a world that sometimes seems out of control,
we are each on our own journey in hope of finding grace

Click here to watch the video podcast of Thomas Capone with Gary Lee Miller
and talks about his book entitled
“Finding Grace: In a world that sometimes seems out of control,
we are each on our own journey in hope of finding grace”

Learn the backstory about the book 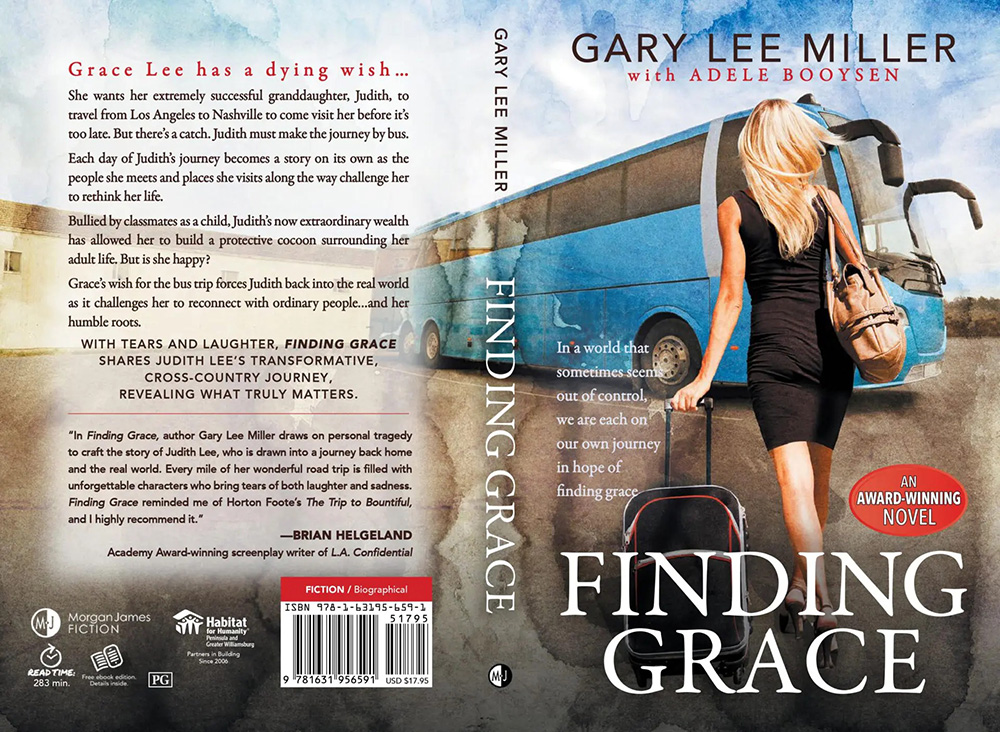 An old Chinese proverb says, “The journey of a thousand miles begins with a single step.” That was how Finding Grace came to be. With a single step. Unfortunately, the cause of that step was the passing of my wife of 45 years, Sharee, from leukemia. Thus began a long winding road of dealing with loss and finding an outlet for my grief. I don’t believe in coincidence, and there were an extraordinary number of occurrences which could have been attributed to coincidence. I know that sometimes we have an angel (or angels) on our shoulder which lead us down paths meant to be traveled. And so began my journey.

Over the years of our marriage, very infrequently, I would write some song lyrics. Not the music, but just the words to express my feelings or to tell a story. Sharee thought they were good and always encouraged me to write more. But our life was busy raising our daughters and earning a living, so writing never became a priority. After her passing in May, 2019, I had too much time available to be alone with my memories and thoughts. That’s when I began spending time writing song lyrics again. Most of my lyrics are called “spoken word”, which tell a story, rather than the traditional Verse, Chorus, Bridge structure. Writing several times each week over the summer I soon had over a dozen song lyrics. Then one day, the angel on my shoulder whispered in my ear, “You know if you take these six song lyrics, they might make a pretty interesting story.” And that was the first step.

They say to write what you know, so while Finding Grace is a fiction novel, there is a tremendous amount of detail based on my first-hand experience with Sharee and her illness. While never having written a screenplay or novel, I wrote what I knew. The characters for each song materialized quickly, as did the idea for the cross-country trip. Then came the two main characters of Judith and Grace. The reason for a cross-country trip was easy, based on my losing Sharee. Grace was dying from leukemia and wanted Judith to come home to visit her before it was too late.

The next step was contacting a friend of mine in LA in the movie industry, sharing my thoughts about writing a screenplay called Finding Grace. He said to write a two-page pitch, which I did. He read it, saying my lyrics were very strong and the idea of Finding Grace was very solid as well. He encouraged me to write the screenplay/script. I had no idea about the structure of a screenplay, so I googled and printed the first ten pages of five movies. After narrowing down the different format structures to two that felt comfortable to me, I began writing the first five pages. Then I sat back, reading those first pages, satisfied and at ease with my format. So, over the next six months, I wrote. That’s when things got interesting.

I wrote when, emotionally, I had the need. There was no schedule to when I would sit down to write. Sometimes a week or more would go by without writing, but there was a routine when I did write. I would sit at the end of my kitchen table with my favorite picture of Sharee facing me on the other end. On my right was the bay window where I could see the trees, birds, rabbits, and squirrels. Seeing God’s blessing of nature helped. Then I would bring up my Spotify playlist of favorite songs that Sharee and I loved, with it playing softly in the background.

To say things got interesting perhaps is an understatement. I have always been a very visual person, so as I began writing, more often than not, I found myself as an outside observer. It was as if I were actually watching the characters in my mind as they talked with each other, and there were times when it was challenging to keep up typing their back-and-forth dialogue. It truly felt surreal to me. Again, I believed it was that angel on my shoulder still whispering in my ear. So, I listened.

After completing the screenplay, my friend in LA read it, and again was encouraging, but that was when COVID-19 shut down life as we all knew it, and all movie production. Shortly thereafter, a “coincidence” occurred. While having a phone conversation with a friend who had just released a best-selling business book, I mentioned my screenplay. He asked if he could read it, and also if it would be okay for his wife to read it. Naturally I said sure, emailing Finding Grace to him. A couple of weeks later I received an email from his wife, asking to schedule a Zoom! call to discuss my screenplay. What I didn’t know was that she was an executive for an international publishing company, and she liked Finding Grace, asking if I might be willing to turn it into a fiction novel. After giving it some thought, I agreed to invest the time and work to bring Finding Grace to life. What were the odds of this kind of connection that would lead to the next step of my journey?

I quickly learned that it was MUCH more work writing a novel as compared to a screenplay or script. A screenplay is primarily the dialogue between the characters with some minimal detail about the day and location of the scene. In a novel, you must create a living, breathing world, researching every detail and nuance to bring that world and the characters in it to life. And such was my goal with Finding Grace. I’m proud of the characters Judith meets during her bus trip back home to Nashville, with each having their own personality and speech pattern based on their life experience and background. As I wrote, each became real to me, as I cared about them, their backstory, and the journey that lay ahead for them after leaving Judith.

The characters in Finding Grace are generally composites of many different people who have crossed my path during my lifetime. My goal was to create truly interesting characters with backstories that every reader could relate to on some level. As I wrote, some made me laugh and some made my eyes leak.

There is a strong component of St. Jude’s Children Research Hospital in part of Finding Grace. Sharee and I knew that cures for all forms of leukemia would eventually come from the research teams at St. Jude. Three months after her passing, I spent a day with an executive at St. Jude which included a full tour of their facilities. It was an emotional day for me. I paid close attention to every detail during my tour and worked hard to convey details accurately for my readers. Those “angels in disguise” at St. Jude certainly deserve our support.

The title, Finding Grace, was the only title possible for this book. With Grace as one of the two primary characters, along with all other character’s search, in one form or another, of finding their own grace, the title came easily. Who is Grace? Her wisdom and values shared in the book were my best efforts to meld those of my late mother (Sarah), Sharee, and, to some extent, myself.

If you decide to read Finding Grace, I hope you enjoy the journey with Judith, and recognize yourself in some of the pages as you go along. Spoiler alert! If you like happy endings; you are going to LOVE Finding Grace.

Get To Know the Author of Finding Grace 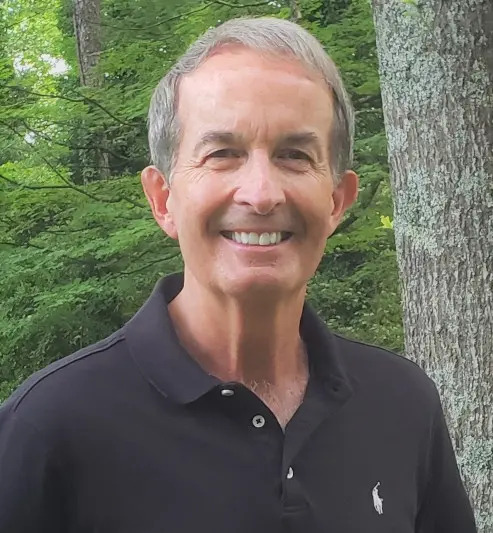 Gary Lee Miller is an experienced CEO with a demonstrated history of working in the franchise industry as the franchisor of three previous companies. Skilled in Start-Ups, Business Planning & Development, Marketing, and Client Support. Strong operations professional with an ability to quickly and objectively evaluate companies to determine their viability for growth and sustainability.

Miller’s writing is rooted in life experiences and people who have crossed his paths in his life’s journey. He draws on his ability to translate his observations into very relatable stories for readers.

Gary lives in “the Scenic City of the South” Chattanooga, Tennessee, and has two adult daughters and one granddaughter who live close by. You might recognize him from his roles acting in movies and TV

In Finding Grace, author Gary Lee Miller draws on personal tragedy to craft the story of Judith Lee, who is drawn into a journey back home and the real world. Every mile of her wonderful road trip is filled with unforgettable characters who bring tears of both laughter and sadness. Finding Grace reminded me of Horton Foote’s The Trip to Bountiful, and I highly recommend it.

The thing about Finding Grace is that it is without question the thing that makes Gary Lee Miller so special. He seems to find grace everywhere and in everyone, and it somehow reflects back on everyone he meets. Finding Grace is just the latest collection in written form of how he sees the world.

Life lessons are delivered in many ways, and Gary Lee Miller, in his book Finding Grace, takes the reader on a journey of self-discovery through the eyes of his relatable, and often unpredictable, characters. An easy and insightful read, Finding Grace will leave you thinking about your own journey and the grace we can give to ourselves and others. 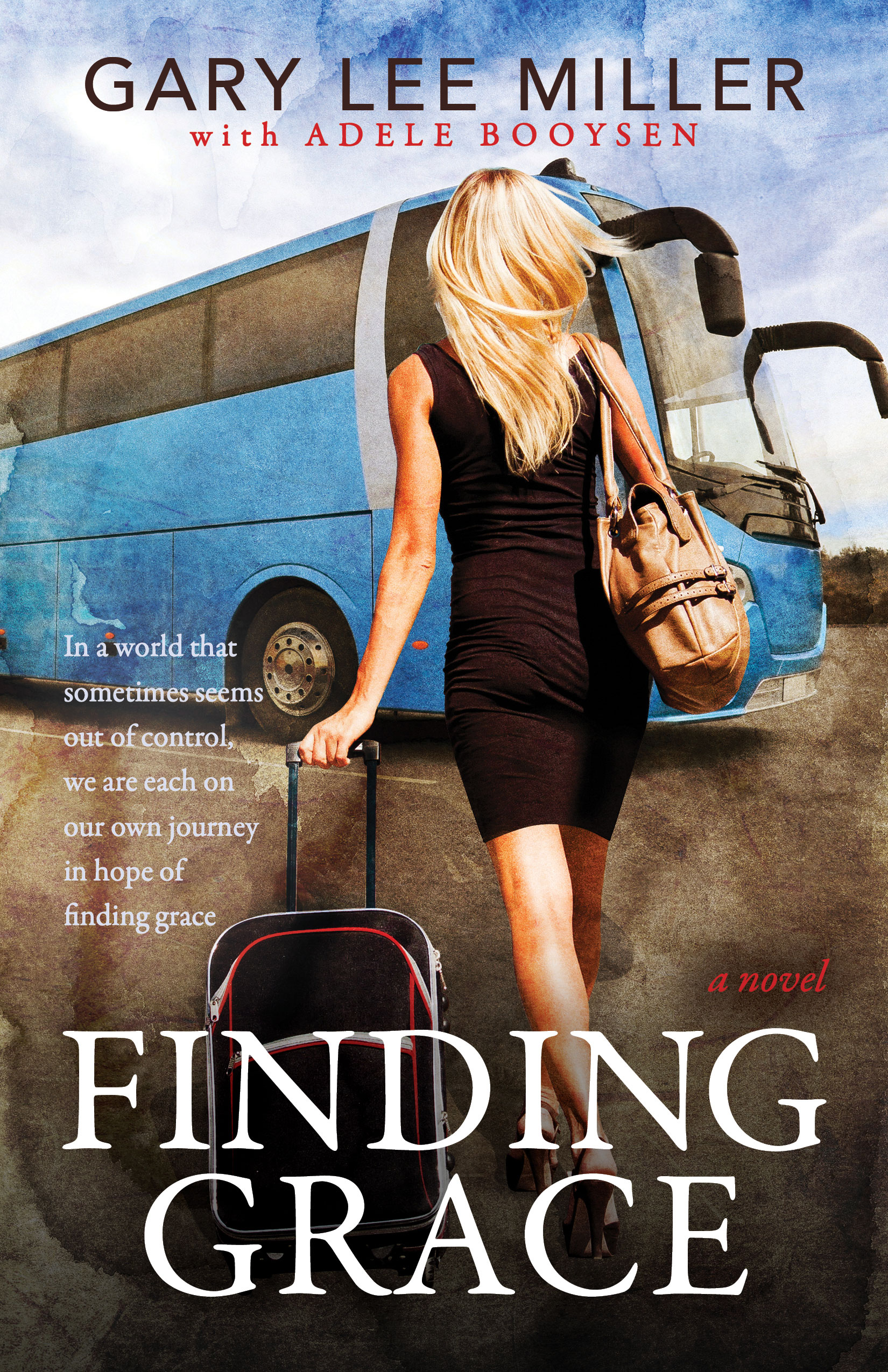 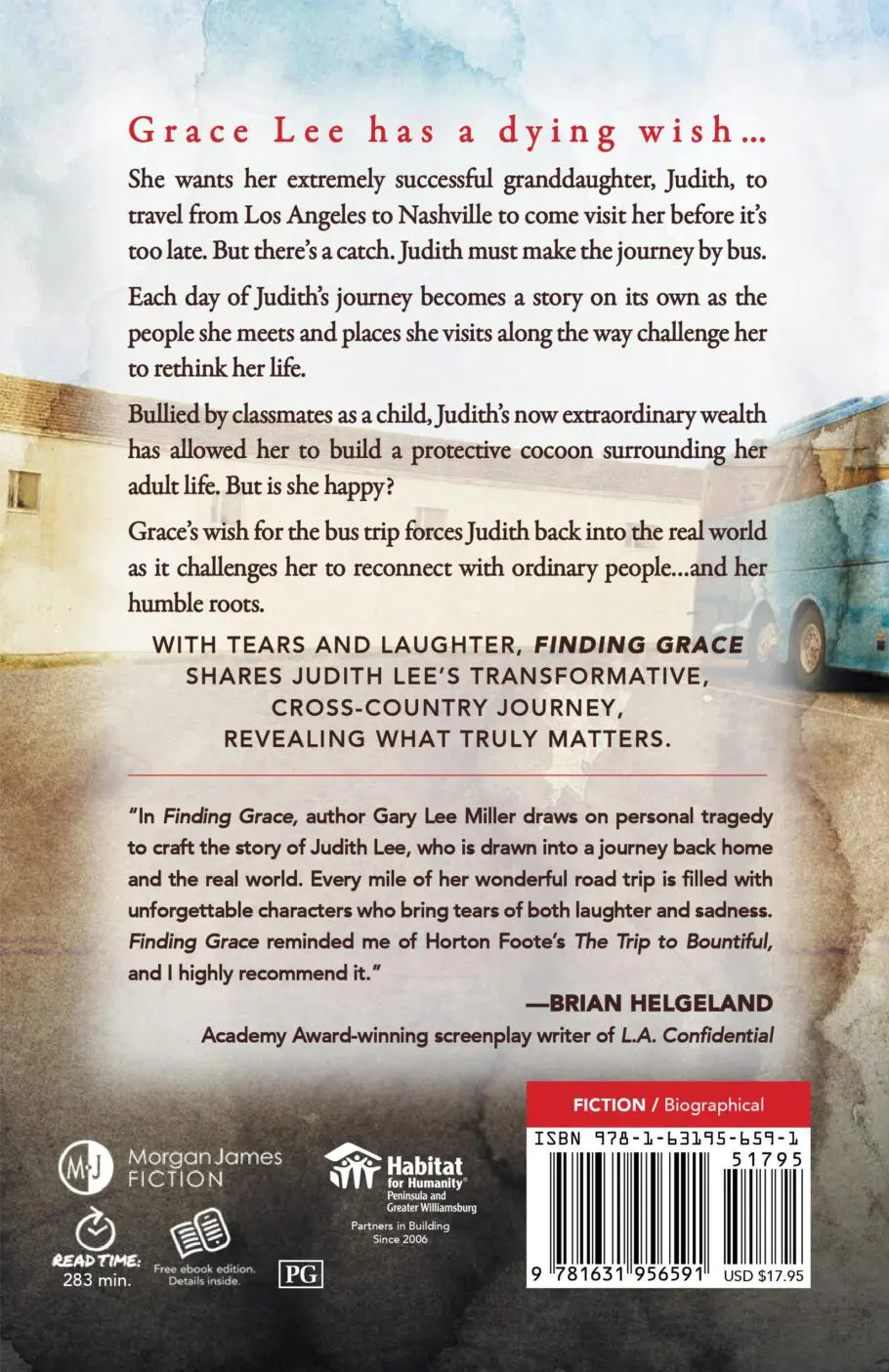 Paid Members of NYDLA: Email the receipt from your book purchase to GaryLeeMiller@NYDLA.org and we shall credit your NYDLA membership fee one month (a $25 value). Fill out this form to purchase the book from Amazon.