Based on the true story of a heinous murder

in 1991 near Pineland in Southeast Texas.

Based on the true story of a heinous murder
in 1991 near Pineland in Southeast Texas.

Jar of Pennies is based on the true story of a heinous murder in 1991 near Pineland in Southeast Texas. To protect the privacy of the families involved, the identities of the victims and the murderer have not been disclosed here.

A young newspaper editor, BoMac (short for Beaufort Sebastien Maclean), helps solve a murder by spotting a crucial piece of evidence, a jar of pennies stolen from one of the victims. Set in the brutal lumbering world of East Texas, the story explores how culture, attitudes, and ignorance can lead otherwise harmless humans into acts of depravity and hatred.

A major character is Charles Henniker, a Black retired Air Force colonel now teaching economics and history at the local high school. He and BoMac become friends, exercise together, and BoMac looks up to him as a father figure.

The villain, Jesse Grinder, comes from a good, hard-working family, but he goes bad after dropping out of school and rolling his pickup while drunk. From then on, he wanders from one menial job to the next, never thinking about the consequences of his behavior and just responding to circumstances.

His probable brain damage sends him into fits of murderous rage, mostly hidden from other people because of his isolation. A very large man with great strength from his hard life, Grinder murders three people with his bare hands but gets away with it until all the threads of suspicion pull a noose around his neck.

The novel is a tapestry of tragedy and humor, of terror and joy, and of life in the primeval forests of East Texas. 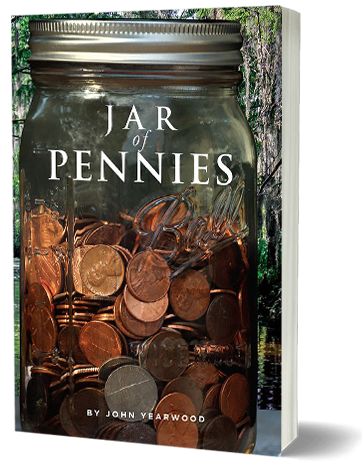 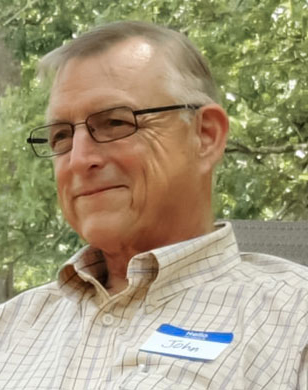 Former stringer for the New York Times, John Yearwood taught in high schools and universities for 30 years and was an award-winning journalist for 15 years. He has published hundreds of editorials and columns and thousands of news stories, as well as academic works on the First Amendment and the extra-Constitutional powers of the Presidency during times of crisis. Since retiring in 2012, he now volunteers helping elementary students improve their reading skills and assisting refugee immigrants when he is not writing.

He is the author of The Icarus Series: The Icarus Jump, The City and the Gate and The Gender of Fire; The Lie Detector App, which is set in modern California and follows the unfolding life of a genius kid who creates apps for the smartphone and discovers there is truth everywhere if you know how to look; and Jar of Pennies, a historical and cultural crime fiction novel set in a small town in East Texas. John lives in Austin with his wife and two small dogs.

Comments About “Jar of Pennies”

The ensemble cast shines with distinct personalities…the novel manages to build anticipation so that it’s enjoyable to watch the characters find clues and piece solutions together. The fact that the crimes seem pointless only adds to the suspense as the sleuths struggle to figure out how the murders are connected, and this gives the work a noir flavor.

Told with narrative alacrity, with sex scenes as vivid as its battle scenes, …is an engaging read for anyone who has pondered (and who hasn’t?) the variants of human sociability tried in prehistory.

What a leap of imagination!

I can’t recall the last time a book has stolen and kept my attention like this…I looked forward to getting in bed at night so I could cruise through a few of the relatively short chapters.

Paid Members of NYDLA: Email the receipt from your book purchase to JohnYearwood@NYDLA.org and we shall credit your NYDLA membership fee for one month (a $25 value). Fill out this form to purchase the book from his website.