Green Reign Leadership offers business executives lessons, principles, and rules to muscle up their personal leadership foundation. The book portrays leadership as the dominant force to competitive success. The chapters are designed as a sharing and training insights manual for all direct reports to strengthen their leadership resolve, develop their internal and external style of engagement.

The mission and goal of Green Reign Leadership are to respectfully yet aggressively share organizational leadership based on experience, based on decades of tried and proven results. It is designed for easy navigation across a variance of leadership responsibilities, designed to energize, stimulate, strengthen and promulgate leadership disciplines reflective of each individual’s career and role experience. Green Reign Leadership is designed to enhance and motivate personal expectations and capabilities for success through sharing and caring leadership lessons and principles. 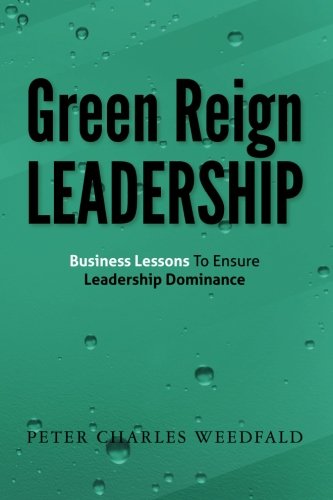 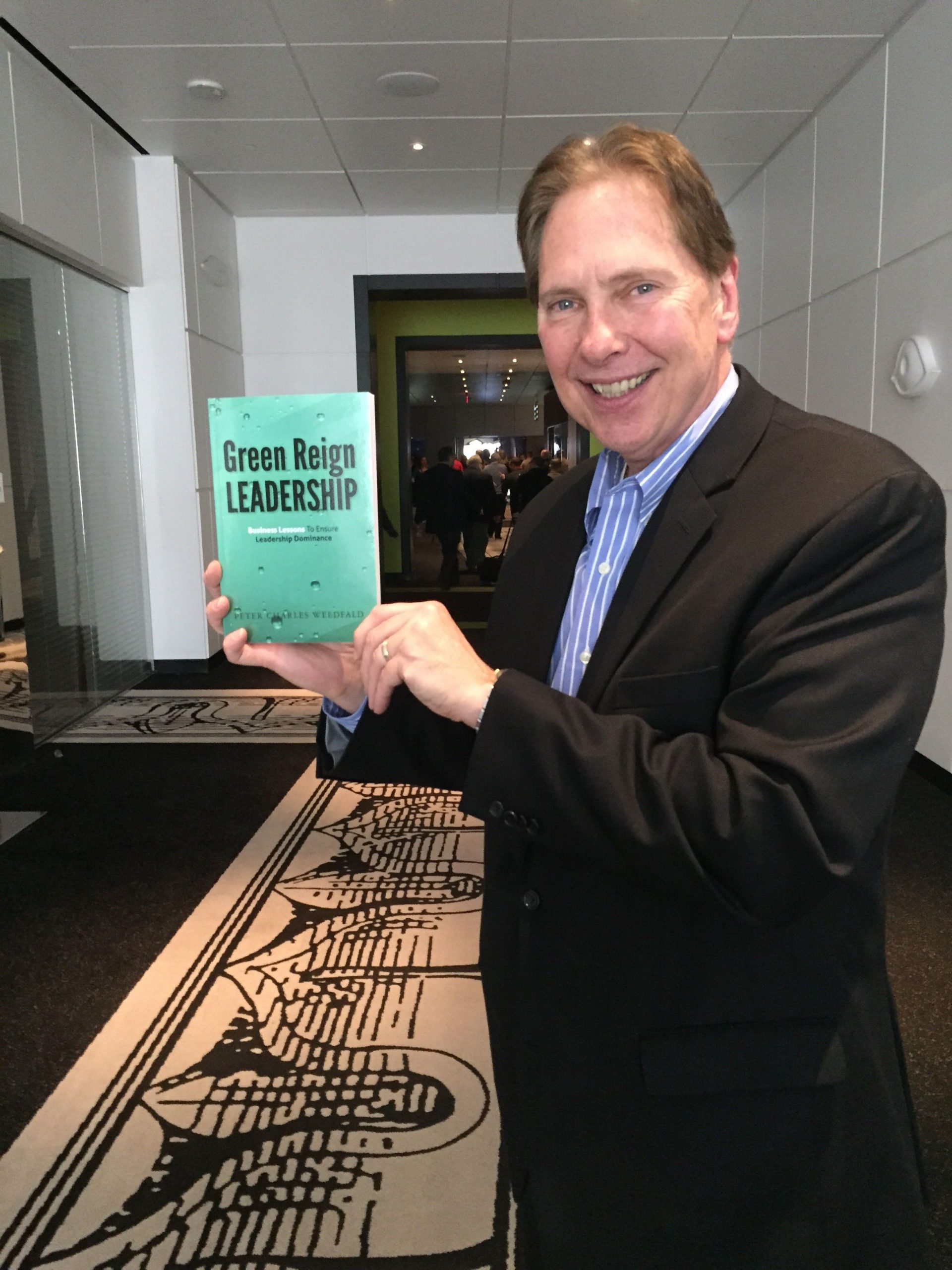 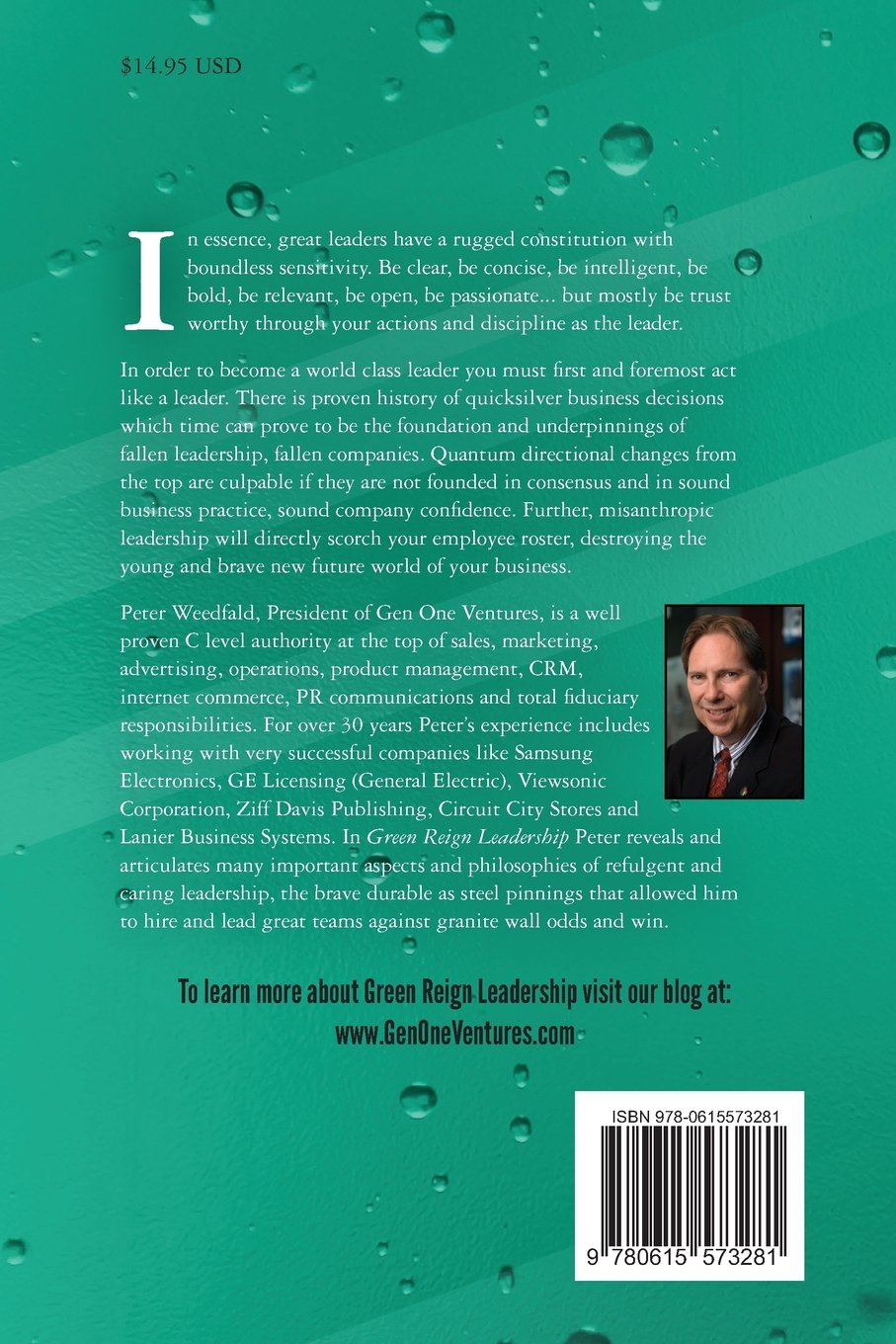 From the Back Cover

In essence, great leaders have a rugged constitution with boundless sensitivity. Be clear, be concise, be intelligent, be bold, be relevant, be open, be passionate… but mostly be trustworthy through your actions and discipline as the leader. In order to become a world-class leader, you must first and foremost act like a leader.

There is proven history of quicksilver business decisions which time can prove to be the foundation and underpinnings of fallen leadership, fallen companies. Quantum directional changes from the top are culpable if they are not founded in consensus and in sound business practice, sound company confidence. Further, misanthropic leadership will directly scorch your employee roster, destroying the young and brave new future world of your business.

We work out. We eat right. We think about and strive for healthier lifestyles. We drink bottled water. And sometimes we even listen to music. And some of us even enjoy composing and playing music on our favorite instruments not realizing just how healthy the act is, at least as articulated by a multitude of research studies in the language of benefitting both our physical and mental health in numerous and important ways.

For me personally, music is much more than just an art form, more than just stimulating entertainment or mind relaxing, de-tuning exercises. Composing, performing and or even listening to music is a modicum of body activities that actually calls into play the entire brain eco-system. I suggest and warrant for myself that the act of music, in performing or listening congeners creativity, learning, focus, memory intensity, emotions and most importantly mental and physical coordination. I believe through my own research that music activates and strengthens certain emotive regions in my brain by auto-releasing dopamine (doh-puh-meen: “a catecholamine neurotransmitter in the central nervous system, retina, and sympathetic ganglia, acting within the brain to help regulate movements and emotions”). Music as we know is at the heart of body movement, creativity, relevancy and ensuing emotions. Feels like to me… sales and marketing in our business lives mirrors, or should mirror the emotional capital and magical artistry of music.

Think of athletes who exercise, run and play in the moment of the game while listening to their favorite tunes. Or surgeons who tune up their favorite music during daily operations. Musicians themselves are enveloped with sound, inducing the brain to fire symmetrically across multiple triggers for well-proportioned timing across fingers, body, mind, relevancy, emotions and even in congress with other band members hearts and minds.

Feels like the same leadership dream we have for our business lives: one team in perfect harmonious orchestration. For musicians, especially intense, composing and performing musicians the corpus callosum area of the brain (kawr-puh s kuh–loh-suh m: “deeply situated transverse white fibers uniting the left and right hemisphere of the brain in humans and mammals) unites creativity and relevancy as one assidious force. As example, imagine the multitude of permutations at hand, at fingers across 88 keys of a piano. Creativity, relevancy and emotional capital are all best tested, exercised and matured through the language of active musical engagements.

I offer below two creative music video examples from Studio W which fuel, exercise & unite heart, body & mind. Click on the first image for THE TRUTH, the second image to be FORGOTTEN. 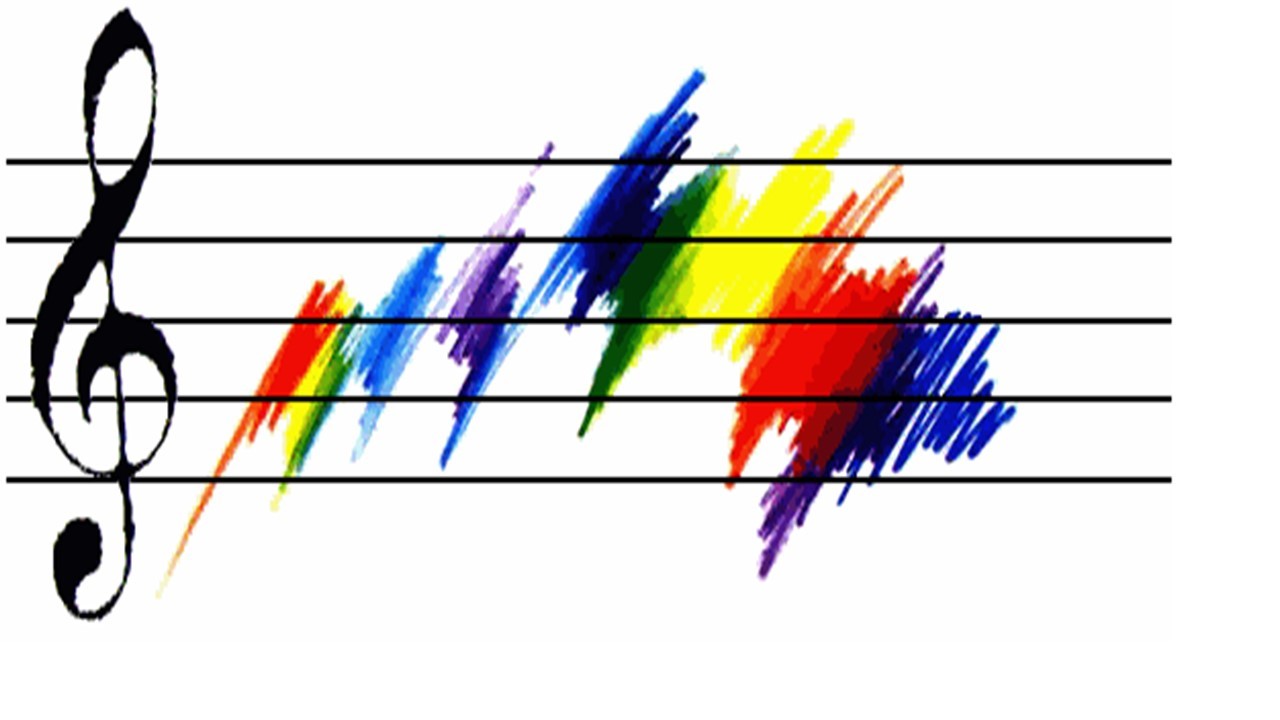 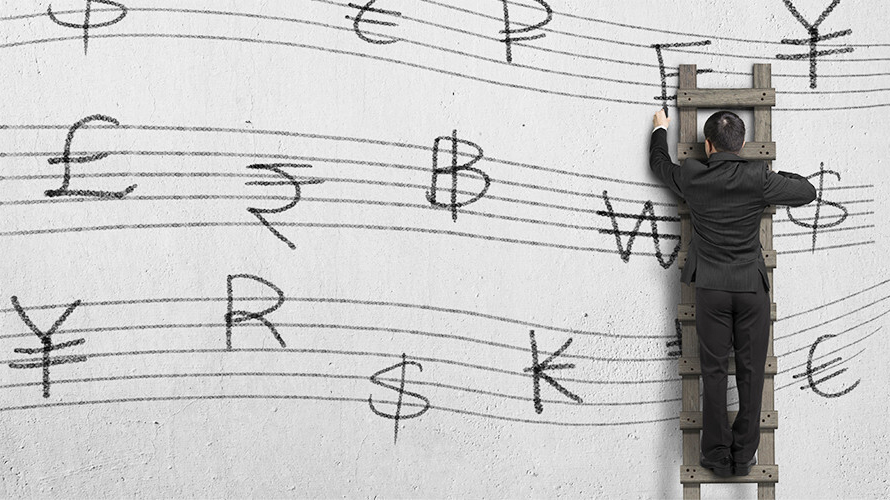 For me, music increases my memory, creativity and relevancy at home as well as at work. It stimulates and fuels an unyielding and endless creative accord uniting axiomatic emotions with relevant intelligence in the moment. Music docents coordination in purpose as well as instantly and emphatically prompts organizational leadership to best afford and attribute creative and relevant opportunity. Music is not a solitary art form rather it is an intellectual chess board of copious creative and relevant permutations and maturations designed to release, stimulate and emote relevant purpose. Feels like to me… that best of breed business leadership is exactly the same, when performed and promulgated in smart, creative team orchestration.

Paid Members of NYDLA: Email the receipt from your book purchase to PeterWeedfald@NYDLA.org and we shall credit your NYDLA membership fee one month (a $25 value). Fill out this form to purchase the book from Amazon.