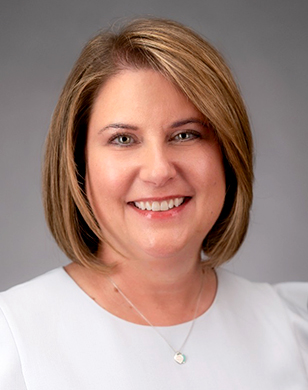 Kelly Nagel is a mother, a wife, a daughter, a friend and she is also the President & GM of Jabra North America. Kelly is primarily responsible for the enterprise portion of the business. She also looks after audio & video endpoints such as speakerphones, headsets, and video cameras. All of which have become increasingly important in our post-pandemic world.

Having worked in the IT industry for 27 years, Kelly loves connecting people through the power of sound and video, enabling people to work seamlessly no matter where they are. At Jabra, they say work isn’t where you go, but rather, what you do. As the unofficial “headset fairy,” Kelly enjoys bringing a little extra ease to that equation.

Kelly’s mentorship has been hugely instrumental in getting her to where she is today, instilling in her a strong belief in the importance of offering that same support to others. At Jabra, Kelly’s part is of promoting a culture that supports and empowers employees through a combination of formal and informal mentorship programs. As well, they’ve recently become a WIT Network global sponsor, working to promote the advancement of women in technology.

Kelly believes it’s vitally important to connect, empower, and inspire women to find career success. Each and every one of us deserves to have someone in our professional sphere who believes in us a little bit more than we believe in ourselves; that’s what mentorship is all about to Kelly.