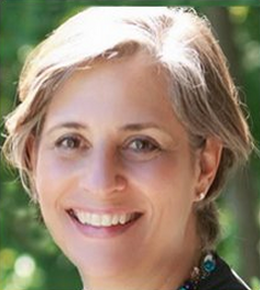 In practice for over sixteen years, Michele Woodward is a Master Certified Coach who has coached executives across the U.S. and around the world, from Japan and Australia to Latin America and Europe. A former Reagan White House official and corporate executive, Michele works primarily with senior leaders who want to be more effective in their work, grow their strategic vision and expand their leadership skills. Over the years, Ms. Woodward has trained and mentored hundreds of other coaches and is considered a “coach’s coach.”

Before becoming a coach, Ms. Woodward led a strategic communications and marketing consulting business in the late 1990s, working with technology start-ups and high-tech firms in the Washington, DC-area. Prior to owning her own business, she was a senior executive with the Wexler Group, a leading lobbying and public affairs firm in Washington, DC, and served as Chief of Staff to CEO Anne Wexler. Clients included Fortune 100 companies, non-profits and trade associations.

Earlier in her career, Ms. Woodward was Lead Press Advance in the Reagan White House, constructing some of the memorable photo opportunities of that presidency, and was Director of Press Advance for Dole for President ’88, coordinating the national press on the campaign plane.

She is the author of several books and has appeared as an expert in The Wall Street Journal, The Washington Post, Harvard Business Review, PsychologyToday.com and other key outlets. She’s a sought-after speaker, leads workshops and classes around the country, and writes a popular blog.