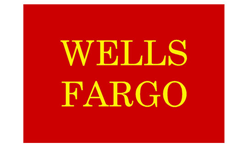 In 2007 it was the only bank in the United States to be rated AAA by S&P, though its rating has since been lowered to AA- in light of the financial crisis of 2007–08. The firm’s primary U.S. operating subsidiary is national bank Wells Fargo Bank, N.A., which designates its main office as Sioux Falls, South Dakota.

Wells Fargo is one of the “Big Four Banks” of the United States, along with JP Morgan Chase, Bank of America, and Citigroup—its main competitors. The company operates across 35 countries and has over 70 million customers globally. In 2012, it had more than 9,000 retail branches and over 12,000 automated teller machines in 39 states and the District of Columbia. In July, 2015, Wells Fargo became the world’s largest bank by market capitalization, edging past ICBC.

In February 2014 Wells Fargo was named the world’s most valuable bank brand for the second year running in The Banker and Brand Finance study of the top 500 banking brands.

For more information, email info@nydla.org or fill out the form below!