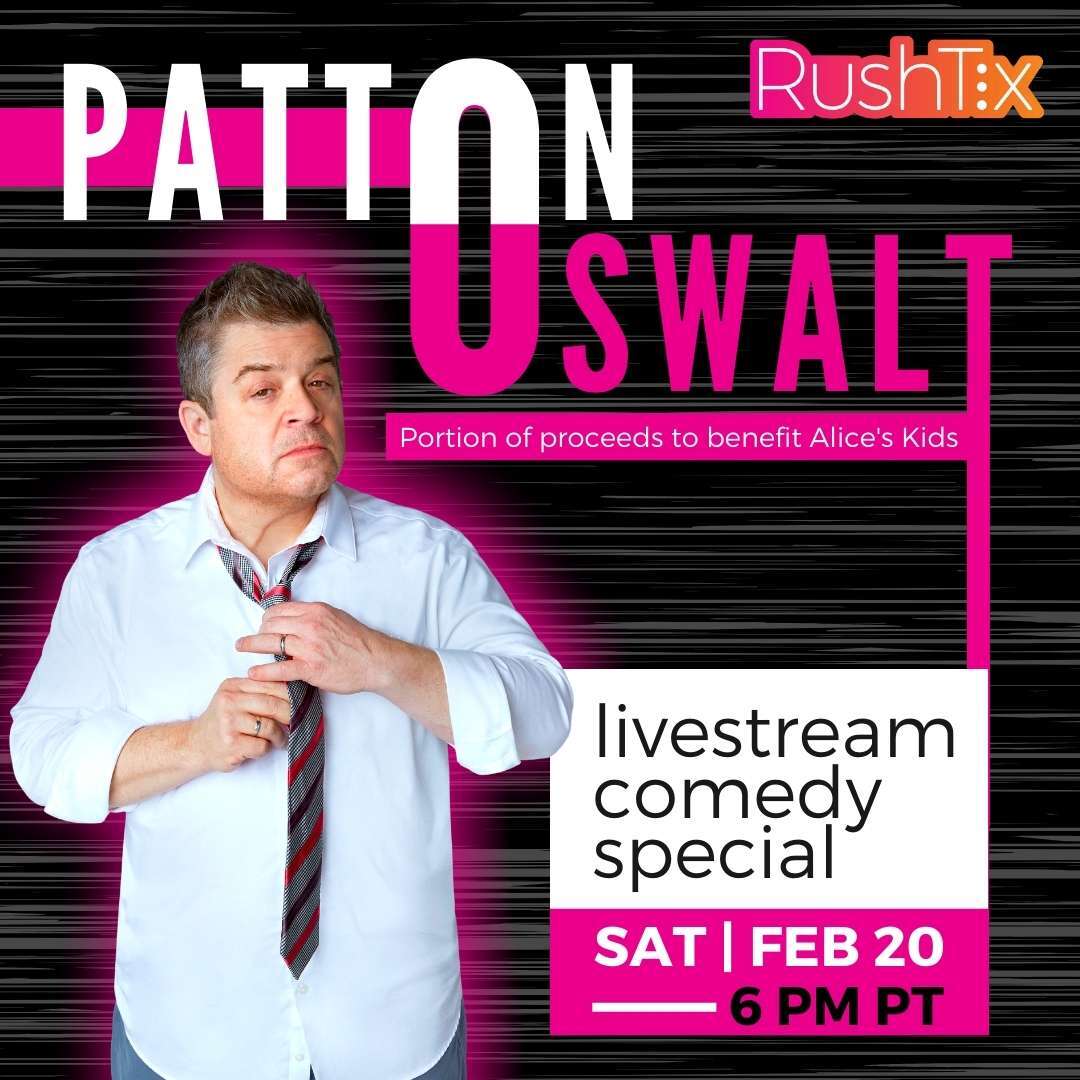 About Patton Oswalt
A comedian, actor, and writer, Patton Oswalt is known for his award-winning comedy specials and his many memorable film roles and guest appearances on his favorite TV shows (including NBC’s PARKS AND RECREATION, for which he received a TV Critics Choice Award). He currently stars as ‘Principal Durbin’ on the NBCUniversal comedy A.P. BIO and recently served as the lead voice of ‘Max’ the dog in Illumination’s THE SECRET LIFE OF PETS 2. Oswalt’s latest stand-up special I LOVE EVERYTHING was released on Netflix in May 2020 and was nominated for an Emmy; he also received a Grammy nomination for his comedy album of the same name. In 2016, he won an Emmy for his Netflix special TALKING FOR CLAPPING and a Grammy Award in 2017 for his comedy album.

A portion of the event’s proceeds will go to Alice’s Kids.

About Alice’s Kids
Alice’s Kids is a non-profit organization that provides short-term financial assistance to children with an immediate need. Every day, a child goes to school without a winter coat, wearing sneakers with holes in them or carrying school supplies in a paper bag because they can’t afford a backpack. Another child cannot see properly because their glasses are broken. Alice’s Kids works with a network of hundreds of teachers and social workers to help pay for needs because a little help goes a long way.

VIP Meet & Greet: $75
See the show and then hang out with Patton and 9 other fans for 10 minutes in a private video call. Ask all your burning questions and get a group selfie.

Live Studio Audience
This show will have a live studio audience so you will hear real laughter and reactions from a group of people selected from ticket buyers. Live laughter is what comedy is all about. It’s a special part of the RushTix experience.

All ticket holders can watch the show for 48 hours after the livestream broadcast.

Paid Members of NYDLA: Email the receipt from your ticket purchase to PattonOswalt@NYDLA.org and we shall credit your NYDLA membership fee one month (a $25 value). Fill out this form to purchase the ticket from RushTix.